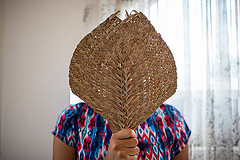 As you may know, my Dad lives alone now and he is getting on in years. As a result, he had someone come in once a week to clean and tidy up. Her name was Lily (not her real name). She was the mother of two kids and was recently married. She was in her mid-thirties. According to the US Center for Disease Control (CDC), domestic violence costs exceeded $8.3 billion in 2003 dollars.

I had the good fortune to meet her several times over the past four months; just a few times but enough time to see that she was a good person. She was kind and easy to talk to. She cared about the well-being of Dad. I believe that Dad considered her more than just a “cleaning lady”; he relied on her a lot – for small tasks, sure, but more so for someone to talk to. She was a friend. According to the CDC, the physical costs (bruises, broken bones, wounds, etc) of domestic violence are often accompanied by psychological and emotional trauma (addiction, anxiety, homelessness, dysfunction of various sorts, etc.).

Monday night I received a phone call from Dad. I could tell right away that something was wrong. I braced myself for the worst and was completely taken aback by his news. Lily was dead. Lily was killed as a result of domestic violence – shot to death. Supposedly there was an argument (allegedly one of many in the relationship) with her husband which ended with him allegedly robbing her of her life. Allegedly there had been a history of domestic disputes during the course of their relationship and at one point Lily had sought out a protection order against him but never followed through with it. Police eventually arrested the husband and he is currently in custody. According to the CDC, almost 1 in 4 women and 1 in 7 men in the U.S. are victims of severe violence at the hands of their intimate partners.

Dad was dumbfounded. “What could they have fought about? What was so terrible that he would kill her over it? Why did she stay with a guy like that? I had no idea that she was going through that.” No idea what was happening on her home front. She had a secret, a dark secret, side to her life. I never would have guessed that she was victimized by domestic abuse. Not in a million years. She hid it very well. According to the CDC, 241 males and 1,095 females were murdered by their intimate partners in the U.S. In 2010. 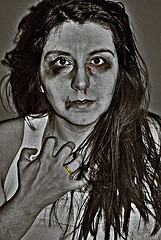 In recovery, we are told that our secrets will make us sick. If we hold it in, if we hide what we are struggling with, if no one knows we are in trouble … then we are very likely to relapse. For Lily, she kept that dark secret well under cover. I don’t pretend to know if her airing her troubles would have prevented this tragedy; maybe not. All I do know is that keeping that kind of stuff secret is never good. Lily paid for it with her life. Her death leaves an awful hole in many people’s lives – her parents, her siblings, her kids, her friends, her community.

If you are reading this and you are a victim of domestic violence or know someone who is struggling with this issue call The National Domestic Violence Hotline at 800-799-7233 or visit http://www.thehotline.org.  Talk to someone! You are not alone and help is available.

I didn’t get the privilege to know Lily very well but I am nevertheless wounded by the loss of a kind and lovely woman to senseless violence. I am grieving over this tragedy and struggle with answers that don’t seem to come.  Lily, I am fortunate to have met you. Thank you.

2 thoughts on “The Secret Life”

Who Is This Guy?

I like to think of myself as a regular guy just trying to figure out this life thing like everyone else. I like to read words and felt a nudge in the direction of writing so ... I took the leap. I hope my writing sparks something in you - something you can identify with. There is no set pattern to the topics but I can assure you that it will be honest and, hopefully, intriguing. Thanks for taking the time.
Follow CreativeoPENion on WordPress.com

Practical advice for those recovering from stroke, their caregivers and their rehab professionals. Personal stories about being the daughter of a stroke survivor.

Where it all began! In the beginning it was just a place to brainstorm my memoir. It has now became my voice in this noisey world!

The latest news on WordPress.com and the WordPress community.

The Art and Craft of Blogging

Thought Catalog is a digital youth culture magazine dedicated to your stories and ideas.

Inspiring, Encouraging, Healthy / Why waste the best stories of the World, pour a cup of your favorite beverage and let your worries drift away…

the art of breath

On living life with intention, purpose, and grace

(Somewhat) Daily News from the World of Literary Nonfiction